The Alternative Peter is Offering 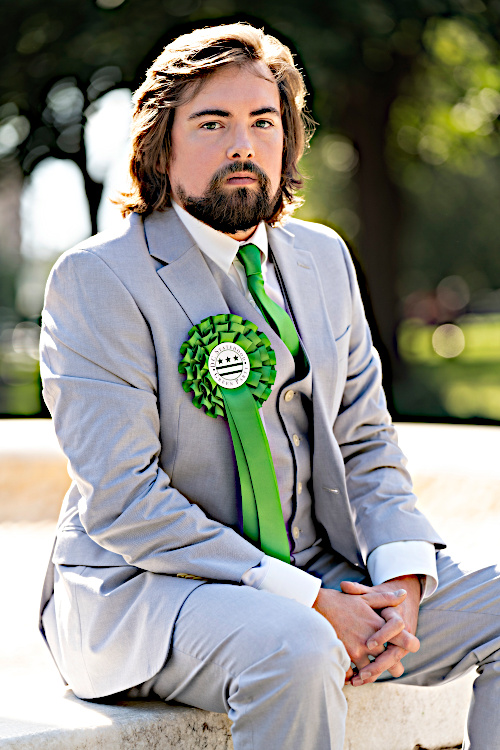 The residents of Ward 2 deserve better than having a candidate with such a paltry mandate forced on them due to an eccentric and outdated electoral system. They deserve the opportunity to participate in a competitive election when they go to the polls in November – not a glorified swearing-in ceremony for the Democratic Party candidate. Moreover, they deserve more than just a choice between Pinto's center-right moderate fiscal conservativism and the even further-right hardline fiscal conservativism of her Republican rival.

As for the two so-called “independents” that have entered the field, they are both former Democrats who shamelessly switched their partisan status solely to enter this particular race. They are therefore every bit as tarnished by the consistent failure of the Democratic Party to offer the lasting, radical change that ordinary residents in Ward 2 and the wider city need and deserve. I am the only candidate in this race offering a radical alternative to the putrid status quo on offer from both of the mainstream parties – an alternative that is desperately needed in this time of crisis.

But, to be clear, this city has been in crisis since long before the Covid-19 pandemic. DC's poor communities have faced an ongoing crisis of poverty, racial inequality and lack of access to public services ever since its founding in the early 1800s. That's why, unlike Pinto and her Republican duplicate in the Ward 2 race, I support making protective policies enacted as part of the coronavirus response permanent after the pandemic is over. For instance, if elected I would advocate for a permanent moratorium on evictions, foreclosures and utilities shut-offs; permanent citywide rent control; and the permanent abolition of all WMATA fares.

You can be sure that I would fight on the Council to get these and many more radical reforms on the agenda. Don't be fooled, the Democratic Party has betrayed the residents of Ward 2 and the wider city for too long. It's time for radical, lasting change. I'm asking for Ward 2 residents' support on November 3, 2020. Vote for real change, vote Statehood Green!