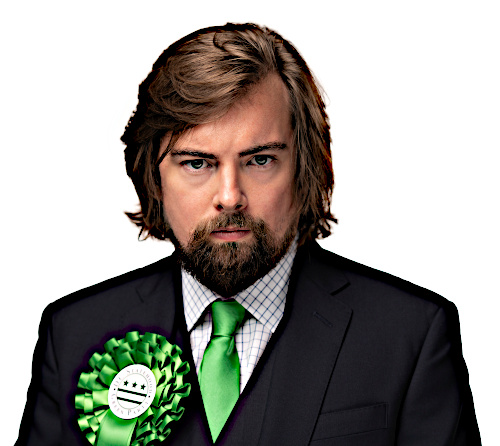 My name is Peter Bolton and I'm running for the Ward 2 Council seat for the DC Statehood Green Party. At the heart of my platform is a commitment to deliver a radical alternative to the putrid status quo represented by the center-right Democratic Party.

Having been ridden of the crooked Jack Evans following his resignation in disgrace, the people of Ward 2 have had a Jack Evans-in-drag forced upon them via a crowded Democratic primary and a special election in which her main rivals suspended their campaigns. Residents of Ward 2 and the wider city deserve better; they deserve more than a choice between right and righter. My platform includes policies such as public municipal ownership of all city utilities, a public bank for DC and abolition of all WMATA user fees. If elected, I will fight for these and many other radical reforms to transform this city. Vote for change, vote Statehood Green!